Visuals – They Can’t Be That Important!

Wow!! Yes!!!! Visuals are key! As adults, do you use a daily calendar or scheduler? What about a shopping list? Where would you be without your sticky notes?

So if we, as functioning adults, rely A LOT on visuals, why do we even question it when it comes to teaching our kids? One common question we get is: “Why are you using visuals if the goal is for the student to verbalize?  Won’t the visuals make the learner dependent on them?”

This is a great question and the answer is that it depends on the learner and on how the visuals are being used.  When implementing any intervention, we always like to ask: “What is the alternative?”  We also call this a “cost-benefit analysis” – does the benefit of the intervention outweigh the cost?  This is where the data comes in to make our decisions.

I had one student who being taught spontaneous requests and the data were going nowhere.  Although he had verbal skills and could repeat almost any 2-3 word phrases, he just wasn’t using them spontaneously.  He was able to communicate with gestures and then his caregivers would mostly guess what he wanted and prompt his request by saying something like “Cookie?  You want a cookie?”  He would repeat “cookie” and get his cookie.  We had to ask ourselves: “Is it better that he speak with the support of some visuals or not communicate at all?”  This was a child who was not using his words to communicate effectively so a visual could only help him.  We put in place a simple text cue with some common requests and this served two functions:

1. It acted as a prompt for the student to remind him that he could ask for what he wants.

2. It also acted as a prompt for the caregivers so that instead of verbally prompting him to request, they could prompt him using the text cue.

As a result, his independent requests increased and we were slowly able to fade the text cue.

We also recommend using visuals in other kinds of learning and programming. For example, we were teaching one of our students how to answer “why” questions.  Since she has a phenomenal memory, we used visuals to teach the answers and then faded them out.  We find that for students who struggle to answer complex questions, it helps a lot when we write it down for them.

Tip: Keep a laminated piece of blank paper along with a whiteboard marker within reach – This can act as a mini whiteboard for you to write on if a child is struggling.

Language often breaks down when children are transitioning from labelling to answering questions without pictures.  So for example, when teaching someone about community helpers, it is common to see the learner quickly master steps involving pictures that require her to label, point to, or talk about a picture.  The same person who can point to the firefighter and say “firefighter” when shown a picture and asked “Who puts out fires?” might struggle when there is no picture in front of her and she is asked the same question.

Solution: Take a step back.  Write down all the answers on cue cards and practice that way.  This will help to decrease anxiety and make the student feel successful as she learns to read the entire phrase with correct grammar.  Once she learns the phrases, you can easily take away the text cues.

Tip: Using this strategy will also help decrease problem behaviour where the function is escape because the work gets too hard.

Visuals to Provide Predictability and Routine

One of the most important ways to use visuals is for visual schedules and routines.  This can very easily be done by writing out tasks on a white board (for a student who can read).  This way, if you know about an upcoming change in routine, you can add it to the schedule to help decrease negative behaviours associated with transitions.

Tip: A visual schedule can be something as teach-savvy as Choiceworks App or as low key as a blank cue card with a to-do list scribbled on it.

Get Our Visual Schedule Template

Getting social starts here!  Contact us to see how we can help your child’s language and social skills improve with the use of visuals. 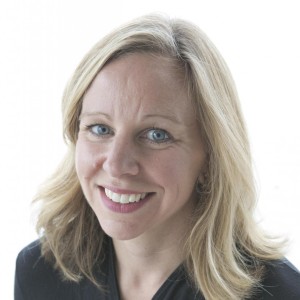