Technology – Love It or Hate It?

Before I had kids, I swore that my children wouldn’t be raised on television and media and I would never use technology as a babysitter. For many years, we did not even have a television in our house.   I imagined that we would do enjoyable things together like baking, arts and crafts, and puzzles.  And, of course, in this perfect world, my children would be able to occupy their time effectively, playing innocently with their dolls or train tracks.  Then, I had three small children in four years AND a job and my tune changed.  Keeping them occupied without killing each other and while maintaining my sanity became a necessity.  I cringed when my son’s first word was “backpack” (as in Dora the Explorer’s purple friend).  What happened to the baking and puzzles?!?

I get the reality of parenting – technology provides some much needed respite and entertainment for our little ones.  This gets expounded with kiddos who have a more difficult time entertaining themselves.  For some kiddos, it can seem like an addiction.  If they’re not in front of a screen, they may be wreaking havoc somewhere else.

This raises the issue of my love/hate relationship with technology. On the one hand, I understand the detrimental effects it can have on a child’s language and social development.  On the other hand, I’ve also seen the amazing benefits that it can provide in those exact areas. What is the right kind of technology and when is it too much of a good thing?

There is no one size fits all answer solution to technology.  Each family must find what works for them, but keeping in mind that any use of technology should be monitored by parents.  When parents supervise and control both what their children are doing with technology and how much time they spend on it, it can become a good use of time.

Technology has the ability to give children a voice that otherwise may not have one.  Apps like Proloquo2Go or TouchChat allow a child to speak and their vocabulary to expand often beyond what pictures or signs could provide.  When implemented properly, we’ve seen tremendous gains with technology as an Augmentative/Alternative Communication system.  However, before starting with technology, we usually recommend implementing a simple picture exchange system because this builds in the social interaction and is a great way to introduce communication.  Setting up an AAC on something like an ipad is something that should be done slowly and with supervision.  We still need to spend a lot of time and energy teaching the child how to use it properly or it will not achieve the desired result.

Caution: When using a device as a child’s voice, it should ONLY have the AAC app on it and no other games or fun stuff.  Sometimes this might mean buying a second ipad or using another tablet/device for games.  Set Guided Access so that only the AAC app is open. Otherwise the child will prefer to use the device to play on and not to talk.

Technology should act to enhance language and relationships, not impair them.  An app like Book Creator can be a great way for a child to record the events of her day and retell it to her parents.  This can then spark ongoing conversation.  Another great idea is to play a game like “My PlayHome” together with your child, working on conversation and commenting.

There are some great educational apps out there that , when supervised, can be so effective.

At What Age and How Much?

Unfortunately, the dark side of technology is when we see clients in front of a screen for most of their day (except for their ABA sessions) getting little social interaction. I understand how difficult it can be to keep children engaged and happy all the time – especially children with limited play skills.  Sometimes a little ipad time is a great reliever for the parents (and child!).  However, I strongly recommend that technology time should be limited for children under two years old. Their brains are growing so rapidly and their creativity and imaginations are blooming, we don’t want that stunted by technology.  As challenging as it can be, remember that there is absolutely no replacement for a real social interaction in learning language and in developing relationships.

Tip:  A great solution for ending ipad time without it being taken away by the parent is an app called OurPact – parents can remotely manage their little ones ipad time.

What About Using Technology as Reinforcement?

Before resorting to technology as a reinforcer, I would try hard to find other motivating items.  When a child is playing on the ipad, it’s often difficult to promote interaction.  It is our job to break the barrier of isolation and encourage social interaction and having students work for an ipad is sometimes sending the opposite message.  The other reason this is challenging is that ending the ipad activity can be a difficult transition for the child.  Using things like timers and visuals can help but the adult had to be the one to end the reinforcing activity and this is not great for relationship-building.

Admittedly, I have given in to having some technology in my house.  However, it’s very closely monitored.  Television and movies are limited to weekends and non-school days.  Phones are only allowed to come out after 8pm so that we can have dinner and conversation together.  I still have not caved in purchasing an ipad – we don’t own one. I talk to my kids about how their behaviour changes after using certain apps and games and how we can manage it. However you decide to use technology in your home with your little one, make sure that it’s monitored – both in what they’re using the technology for and the time that they’re involved with it.   Don’t let your little one take advantage of a good thing – it’s okay to say no! 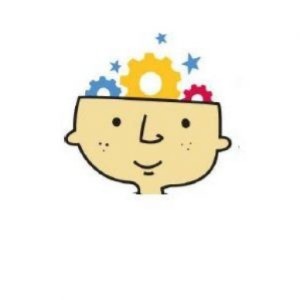